The secret price of the war in Ukraine 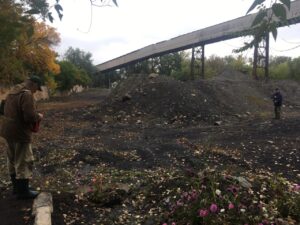 Even though the war itself is a huge humanitarian problem, we can already see the enormous ecological side effects of the war in Donbas since 2014.

As a Ukrainian and representative of the young generation, I am worried about the price my country pays for the current war not only in the matter of sacred lives but also nature. Ecology might seem insignificant in comparison to the scale of human tragedies that are happening right now, but isn’t ecology also a matter of saving lives?

For the last 8 years, the war in Ukraine has already caused huge changes in the environment, especially in the Donetsk and Luhansk regions. The ubiquity of weapons and waste, polluted water reservoirs, suspending pro-ecological changes at the state level and devastated forests, fields, and animal habitats – yet this is only a part of incurred costs.

The scariest thing, both in humanitarian and environmental cases, is the nuclear explosions. Not only the ones that we typically consider a huge global threat but also those which have already occurred. Not many people know that in Ukraine we experienced an underground version of Chernobyl. And now we’re facing its consequences.

You probably have a very common image of what a nuclear explosion looks like. The ground is shaking, the nuclear mushroom covers the sky, and then a powerful explosion wave destroys everything on its way. Believe it or not but this is not necessarily the only version of nuclear events. There is also a phenomenon called peaceful nuclear explosion – theoretically held for non-military, energetic or building purposes. As it turns out, if held wrong, it can do a huge amount of damage.

The “underground Chernobyl” is a story that started in the Soviet Union in 1979. Back then the soviet government blew up a Yunkom mine in the Donbas region under the pretext of removing gas in one of the most gassed mines in the USSR. They justified their actions by calling it a “peaceful nuclear explosion”, but according to the newest findings the explosion would need to be 10 times stronger than the usual peaceful version of it, because of the inhomogeneous geological conditions of the mine.

In some way, the explosion was a response to the agreement signed by the Soviet Union in 1970 to not use nuclear weapons after World War Two. The problem was that the Cold War was gaining momentum and the Soviets wanted to test their weapons either way. International law forbade nuclear tests so they found another way – to pretend they do it for a scientific purpose.

Unfortunately, due to the high temperature of the large charge of the explosion – not typical for the peaceful kind – a sealed vitreous molten capsule with liquid radioactive contents appeared in the mine. The radius of the capsule, as the drilling in the nineties showed, is somewhere around six to seven metres deep.

During the occupation of Donbas in 2018 the Russians decided to flood the mine. And now, this vitrified mass is in the process of a slow dissolution. It means there is approximately 500-600 cubic metres of contaminated radioactive water in the remains of the Yunkom mine. Just under the houses of ordinary people. 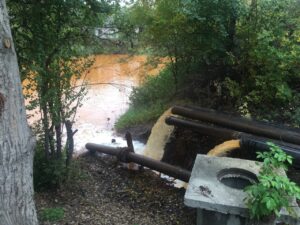 A journalist that investigated the Yunkom case in Donbas, Dmytro Durnev, says that the soil soaks in the radioactive waste from the flooded mine and releases methane into the basements. All radiation leads to the outskirts of Toretsk.

According to Durnev, many Ukrainian hydrogeologists confirm that this is a place where radioactive water drifts through underground mine workings after the destruction of a radioactive capsule at the site of an underground nuclear explosion in the Yunkom mine. It is a huge danger for drinking water supplies in the region and the whole hydraulic system.

The main problem is the lack of specific data. All of the needed documentation has been held in Russia since 1979. And when the case came to light, the current war was already underway, which prevented detailed research by the Ukrainians.

Russian officials deny it, but the information about health issues in Donbas are coming from different directions. Lyubov Leonenko, a public activist from Yunokommunarsk, told me that in his city there are a lot of cancerous tumours and diseases of the organs of movement. Especially among children.

This story shows that the use of a nuclear weapon is not just about short-term consequences to nature and people. Earth remembers everything. And considering that during the latest attacks on Ukrainian energy infrastructure, we were on the edge of a huge nuclear explosion, the possible impact of such an event is beyond imagination. 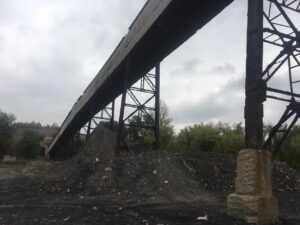 Even though the war itself is a huge humanitarian problem, we can already see the enormous ecological side effects of the war in Donbas since 2014.

Many industrial plants are devastated or abandoned, wrecked sewage works gush their contents into rivers, damaged pipelines are filling wetlands with oil, and toxic military scrap is spreading across the land. The main cause of it is that many military actions are carried out in dangerous mines and chemical plants, such as the three most radioactive mines in Donbas (Kapustina, Proletarskaya, and Luganskaya) located along the front line.

According to Serhii Ivaniuta, a scientist from the National Institute for Strategic Studies in Kyiv, the 8 years of bombing the region will certainly affect the environment in various ways. So far, despite the halt of pumping mine water, there have been 650,000 acre-feet of polluted water released into the environment which “poses an urgent threat to 300,000 inhabitants of the region.”

If it wasn’t enough, because of the pollution, constant explosions, and the lack of controlled hunting during these 8 years of war, peacocks, pheasants, and more land-animals are walking around the human yards like chickens to escape the war zone. Many animals were hurt or killed during the bombings and subsequent fires decimated the forests of Donetsk. Natural habitats and migration paths have been damaged or blocked. Because the main current need in Ukraine is to produce more weapons there has been huge developments in the deforestation business.

I am not naive. I am aware of the fact that care for the environment must wait as long as bombs are falling from the sky. But we cannot forget that our environment is also our life. For now, we can only predict the scale of ecological harm that this war is causing. People already feel and see these consequences. The world apparently hasn’t learned anything from history. Maybe we can change it as soon as the Russians leave Ukraine. 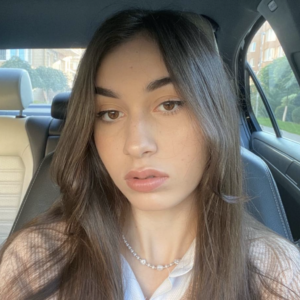 Born in 2004 in Kyiv, Ukraine, Maria attends Optima online school and plans to study Politics of Global Challenges at university.

In Harbingers Magazine she writes about the influence of culture on both society and global issues – particularly relating to the war in Ukraine.