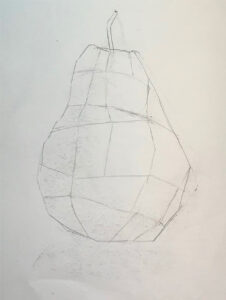 Darkness, a poem Wisława Szymborska did not write

Some shows have abandoned
any hope:
social dramas from developing nations
slashers for enthusiasts (no, not you)
yet another culinary show with a transparent title
podcasts by hosts you haven’t heard of, about people you had no idea existed
a few athlete biographies, oh, none will make it
from bottom to top of the catalogue. Decades of training for nothing.

Sad shows, poorly-funded shows,
all crowded into lower levels of the corridors of code,
they will never escape the zeros and ones. Not for these the algorithm,
which awards prime spots on the screen or – distant dream –
a trailer to top, for half a week, the homepage.
The shows with trailers have a chance,
those at the bottom none, ever.

They hear you logging-in far above their heads.
“Me! Me! Watch me! It’ll be great! Me!”,!!
they call out of duty, yet without conviction.

In “Two families”, a sitcom duplicating hundreds of
more famous sitcoms, in the middle of a scene
the actress pauses suddenly, halfway through her line,
and before delivering her, well, mediocre punchline, sits on the couch
and stares, dazed, at the fourth wall, beyond which you are not.

This poem was originally posted in Polish on the Nowe Wiersze Sławnych Poetów Facebook page on the 14th of June, 2021.

There, it was ascribed to Wisława Szymborska, a famous Polish poet who won a Nobel Prize in Literature in 1996.

However, Darkness is not written by Ms Szymborska who was born in 1923 and died in 2012, aged 88. Most likely, she was not particularly interested in online streaming services and the inner workings of their coding. 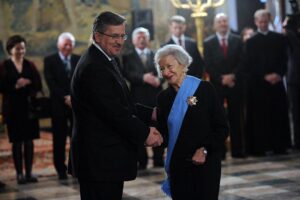 This poem is a pastiche. Its true author is Grzegorz Uzdański, a scholar, writer and lyricist based in Warsaw, Poland, who currently works at Resort Komedii, a stand-up comedy club, and is a singer and writer for the band Ryby. He is mostly known for writing pastiches of well-known Polish poets which are published on his Facebook page, currently followed by over 35,000 people.

A pastiche is a work of art that aims to imitate the style of another work or artist. It is a device regularly used in many different mediums, including literature, music, and visual art. For example, Shakespeare’s famous balcony scene from Romeo and Juliet has been a theme for endless pastiches – it appears not only in Gnomeo and Juliet or Romeo and Juliet and Zombies, but was also arguably the inspiration for the happy ending scene in Pretty Woman.

My first question for Grzegorz Uzdański was simple: what had led him to set up the Facebook page Nowe Wiersze Sławnych Poetów (which translates to New Poems from Famous Poets) in the first place?

Uzdański said that he liked the idea of classical poets talking about contemporary things like the internet, and so, he set off to create just that. He said:

Actually, it was one of my friends who inspired me to start the page - she told me that she showed my Zbigniew Herbert’s pastiche to her friend and he thought it was a real Herbert poem he did not know.

Zbigniew Herbert was a Polish poet and ethicist best known for creating the Mr. Cogito character – he first appeared in the poem The Envoy of Mr. Cogito, published in 1973.

Uzdański has a long history of writing pastiches, his first attempts had been inspired by the poems of Julian Tuwim and Antoni Słonimski, who were members of a society of experimental poets, Skamander. Both enjoyed the use of satire and colloquialisms in their pieces in order to deride authoritative and nationalistic political ideologies of the time, and to advocate for social justice.

Julian Tuwim was a Jewish-Polish lyricist who, after Poland’s return to independence post-World War 1, published many classic poems and in 1935 was awarded the Golden Laurel of the Polish Academy of Literature, an organization which sought to bring to light Polish literature once more after being suppressed by the partitions of Poland in the late nineteenth and early twentieth centuries. Some of his notable works include Czyhanie na Boga (Lying in Wait for God) from 1918, and Kwiaty Polskie (Polish Flowers) from 1949.

Antoni Słonimski was a Polish poet and novelist of Jewish ancestry, known for being president of the Union of Polish Writers from 1956 to 1959, a literary organization established in 1944. Some of his notable works include Sonety (Sonnets) from 1918, and Wiek Klęski (The Age of Defeat) from 1945. 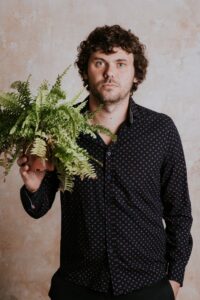 However, the ultimate motive behind setting up the page on Facebook could have been that, while he had fun with pastiche, it was difficult for him to write his own poems. Also, pastiches enabled him to make use of his education in the philosophy he read while at university.

“Studying philosophy did shape some part of my approach”, he said.

As Uzdański was also a high school teacher, I asked whether he was able to employ pastiches in the curriculum. “Not in school, because I was teaching philosophy and ethics, not literature. But I use it now when teaching creative writing courses”.

When I asked Uzdański about his plans concerning the future of Nowe Wiersze Sławnych Poetów, he explained that he would keep updating the page, just not as often as he had been in the past.

He also seems keen to focus on writing his own poems in the near future – and I am quite eager to read them whenever they come out. 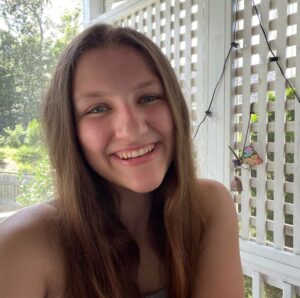 Born in 2004, Daria Badger is a student from the United States, currently attending high school in North Carolina. She is studying Polish and Mandarin Chinese, and plans to study linguistics in the future. At Harbingers’ Magazine, Daria is a writer and edits the Culture section.