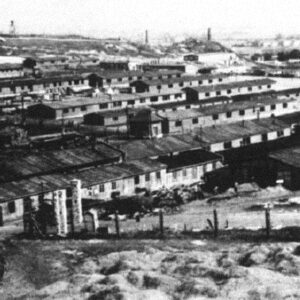 During the Holocaust, Nazi concentration camp (Konzentrationslager, KL) Plaszow in Krakow, was a part of a system designed to arrest Jews and other ‘undesirable’ people and transport them to be murdered in death camps like Auschwitz, Mauthausen, and more.

For many, however, KL Plaszow was the final destination, as they were forced into hard labor and murdered on-site.

In the first weeks of 1945, during the last days of occupation – the Red Army reached Krakow on the 19th of January – the Nazis destroyed numerous records and official documents as well as the camp’s buildings to attempt to cover up war crimes.

Less than 250 photos of the camp are currently known to survive. Those that do exist document the horrors within the camp gates, with one photo depicting Nazi soldiers smiling and picking flowers at the site of mass executions.

The camp was run by an Austrian SS officer and war criminal, Amon Göth. After the war, Göth was captured by the Americans and then tried by a Polish court. He was sentenced and executed by hanging in 1946.

To prevent the plight of Plaszow victims from being forgotten, a nine-strong team at the KL Plaszow Museum and Memorial Site, which is set to open in 2025, works to gather the stories of those who suffered at this site.

Their task is not an easy one. Each member of the small team operates as a one-person department covering curation, archiving, publications, education, financing, marketing, and any other job that requires attention. Despite the work on the museum beginning nearly five years ago, the project remains far from over.

I had the unique privilege of witnessing the inner workings of this museum as the team’s first intern, and I participated in the endeavor by contributing to a volunteer project called ‘Every Victim has a Name’, a project attempting to identify every victim.

This goal is achieved by a tireless effort of sifting through thousands of archival documents from Germany, Poland, and Israel. Subsequently, the data gathered is cross-referenced with information held by living survivors and their descendants, in an effort to accurately document the lives and deaths of the victims of the camp.

As most of the camp records were destroyed, the museum’s exhibition curators mostly rely on second-hand documentation to piece together the lives of those who perished. 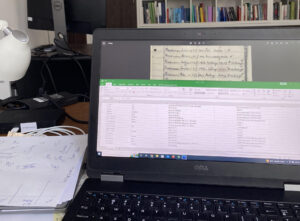 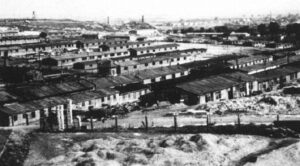 One of surviving pictures of the Nazi concentration camp KL Plaszow.

I was tasked with transcribing and digitizing details of primary sources. Specifically, I was responsible for a list of female Hungarian prisoners deported to the camp, which was assembled decades ago by one of the prisoners. Given the age of the handwritten document, it turned out to be a long and complex task.

Archival work may be seen as tedious. But, in my experience, going through the list was unexpectedly emotional, because I realized how these women were reduced simply to the numbers next to their names on the list.

Deciphering the document, I could feel the utter importance of the work being done for every individual. In that way, I made a humble contribution towards countering the Nazi efforts to dehumanize their victims by taking their names away, as with each entry into the KL Plaszow Museum archive, memories of the victims were being restored and preserved.

The scale and value of this work must not be understated, and the team’s dedication was inspiring.

While I had the privilege of being the museum’s first volunteer, the KL Plaszow team hopes to recruit more people as they continue working towards their opening in 2025. They seek assistance with a range of tasks from botany research to event preparation, and I would encourage anyone moved by their efforts to get involved. We must recognize the essential work being done behind the scenes as well as the dedication of all those who continue to work tirelessly to commemorate those who were lost. Documenting the crimes and establishing a museum is challenging on its own. The team at KL Plaszow, however, faces numerous additional challenges – ethical, logistical, and societal -rendering their work infinitely more complex.

The exhumation of human remains is not allowed under Jewish customs, and so excavation works require extensive planning to avoid disturbing the dead. This is by no means fail-proof, as the first round of excavations had led to a discovery of unexpected remains. The team decided to cease all invasive archaeological work. Given the sensitive nature of the site and the complexities of Holocaust remembrance, the team had to rely on historical records, including aerial photographs, official maps, and documents. These, however, are often inaccurate.

The plan for constructing a memorial site at Plaszow was met with protests from the local communities and environmental protection groups. The former complained because, over the years, the area around the current memorial site, had become a leisure spot locals frequented. The latter protested against the plans for some greenery to be removed. Both groups considered an increase in the number of tourists unacceptable, quoting, amongst other things, wildlife welfare, pollution, noise, traffic, and insufficient parking facilities.

Finally, the museum team has to navigate a dense landscape of political sensitivity surrounding the history of the Holocaust in Poland and worldwide. For example, KL Plaszow Museum follows the example set by other memorial sites in Poland by using the camp’s name in German, not in Polish, to highlight that the atrocities committed there were a part of the Nazi occupation.

One might question the necessity of this particular museum to be established, given that many other institutions dedicated to the commemoration of the Jewish history of Krakow and the atrocities of the Holocaust exist locally.

Only 60 kilometres from Krakow is the Auschwitz-Birkenau Museum and Memorial, commemorating the victims of a death camp where the Nazi regime murdered 960,000 Jews and 120,000 Poles, Romas, Sinti, and others. Krakow also has museums following the work of German industrialist Oscar Schindler, an NSDAP member credited with saving the lives of more than 1,000 Jews by employing them in his enamel and munitions factories; a museum at the former Eagle Pharmacy, where Tadeusz Pankiewicz and his employees supported the Krakow Ghetto community; the Museum of Nazi and Communism victims, located at the former Gestapo Headquarters in Krakow’s Pomorska Street.

Yet, it is not difficult to understand the mission underlying the decision to establish KL Plaszow Museum in its own right. Its aim is not only to educate visitors about the history but, first and foremost, to honour every person who suffered at the camp. Arguably, the mission in education could be outsourced – but when it comes to commemorating the victims, this is unthinkable. 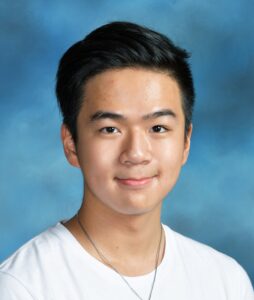 Born in 2005, in Hong Kong, Jonathan Wong studies at German-Swiss International School in Hong Kong. Fluent in English, Cantonese, and Mandarin, Jonathan plans to continue his education in economics and international relations. In his free time, Jonathan can mostly be found playing chess.