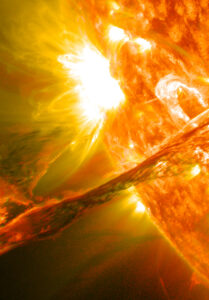 August 31, 2012. A long filament of solar material that had been hovering in the sun's atmosphere, the corona, erupted out into space.

Thanks to Albert Einstein, time and space began to be considered non-invariables. To prove his theory, the famous scientist needed something really fast

Before the 19th century, people believed there was not much left to find and prove in Physics. Newtonian Physics answered everyday questions faced by a civilisation bound to the surface of the planet.

There were, however, a couple questions that scientists were not able to answer – and one of these was about the nature of light. In Western science, circulating were two competing theories regarding what light actually is: a unique stream of particles or a unique type of wave.

A significant portion of nineteenth-century research focused on defining the medium in which light was supposed to travel. During this time, the most accepted description for this medium was called ether, or aether and was described as being present everywhere, invisible, massless and capable of interacting only with light.

Two American scientists, Albert Michelson and Edward Morley, tried to prove the concept of aether with an experiment.

They used two mirrors, one light source, one semi-silvered mirror reflecting only half the light while the other half was transferred, and a detector allowing them to investigate whether there was a time difference between how the two streams of light travelled.

A ray of light was projected onto the semi-silvered mirror, positioned at a 45-degree angle to the light ray. Michelson and Morley believed that there was a ‘wind of aether’ which would cause the light to gain or lose some speed, and therefore the two streams of light would arrive at the detector at different times.

The experiment proved otherwise: light was observed on the detector every time at the same moment, without any difference. The scientists attempted to prove their ‘wind of aether’ theory a couple of times, yet the final statement remained the same. Michelson and Morley eventually concluded their work by saying they failed because there was no change in phase.

Over time, their experiment proved to be maybe one of the most famous failed attempts in the history of Physics. However, it certainly was not an unfruitful one: caused a lot of discussion and was a turning point for scientific discoveries which soon followed. Michelson and Morley’s failure resulted in considerable brainpower being devoted to attempting to explain the nature of light.

Fast-forward the timeline, several decades later, the most famous physicist of all time, Albert Einstein needed something really fast – to prove his theory that time slows down the faster you travel. Drawing from work on light movement, he was able to derive time dilations equations which theoretically proved that time is a non-invariable.

In other words, Einstein discovered that speed was what his predecessors attempted to describe as ‘the wind of aether’ – something that offsets time.

To test the accuracy of his theory of time dilation, Einstein designed the ‘time clock’ experiment. He used two highly precise atomic clocks – one of them stood safely on the surface of Earth while the other was placed on a high-velocity plane. The result was mind-boggling: the clock on the fast moving plane registered time flowing at a slower rate. Einstein proved his point: it was speed causing the time difference registered by the clocks.

The Special Relativity Theory revolutionised the way we understand light and proved that Newtonian Physics are not universal, but unique to Earth-like scenarios. Once speed reaches 14 percent of the speed of light (and light travels at 300 million meters per second, meaning light would be able to go around Earth’s equator 7.5 times in one second) Newtonian physics cease to apply: space-time works differently, gravitational strength would vary, and whole new phenomena could be in motion.

Already, time dilation has many applications beyond theory or calculations whether flying makes us younger (it does, but even at the highest speeds humanity is being able to reach the difference is negligible). In fact, it is employed in all satellite-based communication to control time delays, so most of us uses Einstein’s work nearly every day.

Yet, Einstein’s earthly experiment was only a proof of something of much greater magnitude. Once one imagines that humanity would eventually be able to reach the speeds nearing, equal or exceeding those of light, the whole idea of inevitability would take a sudden turn. 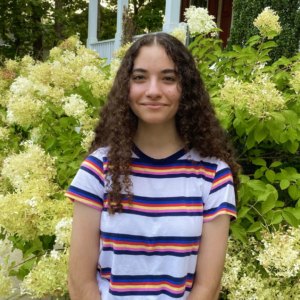