How jokes on TikTok help Ukrainians 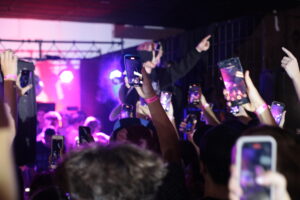 We’re in the middle of a war and TikTok is full of such videos as the one from the party in Odessa. It shows people having fun dancing to loud music, but if you look closely enough you can notice that in the back there is sunlight shining through the window.

It’s not that the party went so well, it continued into the early morning. Instead, the party took place in the middle of the day because of the curfew set due to air raids. It is also organised in a way so it can easily be stopped in case of an air alert.

More important information worth knowing is that it was a charity event and the money collected was all donated to the Ukrainian and humanitarian help for Mykolauev. And above all, when listening to the video, you can hear the partying crowd shouting along to a song made by the famous viral collective, Musli UA.

Part of the lyrics include: Musli UA is a Youtube channel that mostly publishes remakes of popular music with jokes from politicians.

Their first viral video, published in 2018, was a Kanye West & Lil Pump parody with the attached faces of Zelensky, Poroshenko, and other Ukrainian politicians.

The inspiration for this joke came from one of Zelensky’s speeches, which you can hear at the beginning of the video.

Before the war, their songs were treated more like a meme. Since the beginning of military actions in our country, it has become something more. It’s a tool to make boundaries between politicians and common people almost invisible. It also makes us, the Ukrainians, feel more connected and gives us the power to raise morale during fights.

When we see development in the cultural field, it can be determined that some essential parts of our society have been changed. I think the greatest example of such an amendment is in the emergence of a new style of music and the increasing attention paid to local creativity.

The unexpected result of the war is that the people of Ukraine are now much more interested in their own national artists. Before the war, almost every Ukrainian who wanted to develop their musical creativity in the entertainment industry or advertise their talents had to try their best in Russia. Even Ukrainians themselves were more used to following Russian artists.

But now, as the situation has changed, the war gave Ukrainians a chance to reconsider this attitude and appreciate their own culture. 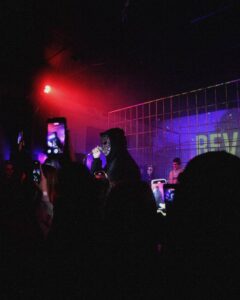 Since the beginning of the war, many Ukrainian and international artists have supported Ukraine. Some of them have even created new songs about the current situation, such as Monatik with his new song to address those choosing to keep silent during the war and ongoing events rather than speaking out.

But the most viral songs have been the ones created as jokes using the speeches of politicians.

A good example of such a creation is another song from the Musli UA channel where parts of the song have been merged with a speech by Boris Jonson. The name of it and the chorus is created from Johnson’s words “Добрий день everybody” – which in Ukrainian means “Good afternoon”.

We truly feel that even in such small gestures as greetings there is lots of support. But choosing Boris Johnson to be involved in such a viral video wasn’t by accident – the special attitude that young Ukrainians have towards Boris Jonson is connected to the fact that his name on Instagram is @borisjohnsonuk. It caused the emergence of jokes about his name – not Boris Jonson, but Boris Jonsonuk – which sounds like Ukrainian.

Oleksiy Arestovich, an adviser on Information Policy, speaker of the Trilateral Contact Group on Ukraine, and freelance adviser to the head of the Office of the President of Ukraine Andriy Yermak, is mostly known for sharing very loud statements.

For example, at the beginning of the war, he said that “in two or three weeks” there will be an end to the active phase of military actions in Kyiv. At that time, everybody knew that such predictions were impossible to come true, and so many followers created a collection of memes around his statement. After the jokes went viral, Arestovich discussed them with journalists on national channels. It didn’t take him long to start laughing and post memes about himself to his own social media.

This behaviour shows an example that even during the war, people of different ages can still have a sense of humour and make jokes – which is an essential part of Ukrainian culture. Can you imagine any other country run by an ex-actor and comedian whose advisor is an actor as well?

However, making jokes during the war is not only about remaining Ukrainians. It’s also about using a protective reaction which is a natural response in stressful circumstances.

People usually fight against fear by laughing at the things that make them scared because it’s a way to limit the fear.

The same reaction occurred recently during the hottest day in the history of Europe. There were lots of memes and funny TikTok videos being shared that laughed at the situation, not about the problem itself, but how we were unable to adequately respond.

Both methods – rising humour or fear – are good in terms of drawing attention to important social issues, but in my opinion, approaching it with laughter is most effective because it helps make fears disappear, creating a sense of community, and leaving only the thoughts about your ability to best contribute.

The Ukrainian artist Monatik said, “don’t be silent”. I would like to add don’t be sad about things you can’t change. Just try to make those things that are achievable to you. Sometimes it’s a joke that can go viral on TikTok and raise social awareness. 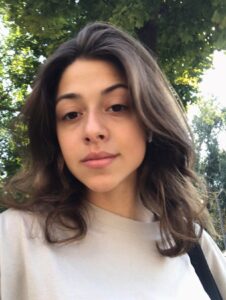 Born in 2005 in Ukraine, Maria studies in Odessa. She is interested in the architectural field and is currently studying at Breda University of applied sciences on the program Built environment. For Harbingers’ Magazine, she writes about the rebuilding of Ukraine.