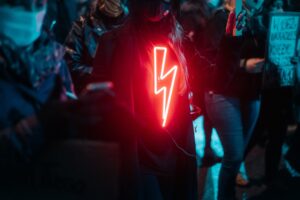 October 20, 2020, Wroclaw, Poland. The 8th day of Women's Rights Protest against the introduction of new restrictions in abortion law.

With the notion of progress gone, gender equality is slowly dying in Poland

All countries to some extent embrace the notion of progress, trying to reconcile their political and economical goals with a degree of moral elevation which allows them to claim that they are moving in the ‘right’ direction.

It is now widely believed that when all citizens are provided with equal access to opportunity, society develops more quickly and effectively. In political philosophy, American philosopher John Rawls in his A Theory of Justice (1971) developed utilitarian theories to coin the term “justice as fairness” which, in its essence, embodies the belief that progress is achieved by the implementation of equality. In economics, British scholar Caroline Criado-Perez won huge acclaim for her Invisible Women: Exposing Data Bias in a World Designed for Men (2019) because she shed light on how women are overlooked in every aspect of life by decision making being based on gender-biased data. Both these books are underpinned with an intent to support the development of a more just and equal society.

Arguably, the implementation of women’s rights offers a unique ability to compare otherwise incomparable societies. Women make up 49.58 percent of the world’s population. They are present in nearly every part of every society, regardless of historical circumstances, offering a set of analytical constants which does not apply to any other group discriminated against. 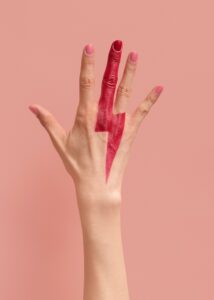 A red lightning bolt designed by Ola Jasionowska has become the symbol of women protesting against near-total abortion ban in Poland.

Until 1918, only a small group of female citizens in Europe was able – or indeed willing to – engage in political organisations and take part in public life. The aspiration for equal rights grew throughout the nineteenth century, but it was when democratic enthusiasm swept Europe following World War 1, and the War drove women to take on roles previously held exclusively by men, that the women’s suffrage movement had gained its momentum.

This was particularly true when it comes to the new states, which emerged from the dust of empires, like the Second Republic of Poland (1918-1939). Today, the Second Republic is considered by Poland’s right-wing politicians to be the embodiment of political perfection – yet, it was a quite progressive state. One of the first steps taken by the new Polish state was to extend political freedoms to women, putting Poland in that respect, ahead of a majority of Western European countries.

Women’s significant involvement in the first regular legislative elections to the Legislative Sejm held in January of 1918, was unexpected despite considerable turnout, especially in large cities. Women had only recently received the ability to vote and had no prior expertise voting or choosing a candidate to support – 66.9% of the female voters cast a ballot, compared to 71.5% of male voters. The election resulted in yet another surprise: Maria Moczydłowska and several other women had been elected as members of the Legislative Parliament. The women’s electorate’s involvement can be read as a show of belief in the new Polish state rather than a reaction to political affiliations.

It was not the only social break through of that time. In reaction to the League of Nations’ concerns about escalating adolescent criminality and human trafficking, Polish police considered creating a female branch. A commandant ordinance that allowed women to serve in the police force was passed on February 26, 1918. Soon after, the first 30 female police officers were accepted into the force but this number continued to rise rapidly as it was soon discovered that female cops were often superior to their male counterparts when it came to working with adolescents, domestic abuse remedies, and street brawls. Female officers cooperated closely with institutions that assisted victims of sex trafficking, prostituting women’s protective associations and religious orders in their daily work.

Formal barriers to women’s engagement in contemporary social institutions such as party structures, labour unions, and administration were removed, in consequence, the proportion of women active in such organisations surged during the interwar period. In 1920, the Union of Equal Rights for Polish Women was established.

On March 6, 1929, Wanda Grabińska became the first woman ever to serve as a judge in Poland. In her application for the position, she highlighted legislation that states how women have the equal opportunity to take government office. It took 18 months for her candidacy to be considered.

Despite the fact society was nowhere near equal – most women had not dropped their traditional roles – between 1918 and 1939 Polish women became active in public life while their counterparts in most other European states were not even allowed to cast a ballot yet. British women had to wait until 1928, while France and Italy’s women’s suffrage came during the wake of World War 2, Swiss women had to wait until 1971.

It would not be fair to portray Poland’s Second Republic as a state and society particularly driven towards equality. It still had staggering inequalities, its politicians capitalised on ethnic conflicts (which led to particularly shameful legalisation of university ‘ghetto benches’ for Jewish students in 1937). Yet, when it comes to women’s rights, the Second Republic of Poland could be perceived as a country that accepted the principal doctrine of progress through equality.

The Third Republic of Poland, which emerged in 1989, after the Soviet-controlled Polish People’s Republic collapsed, was initially driven by progress, albeit it was understood as economic development rather than the implementation of high standards in regard to human rights. Poland, like many societies in the 1990s and 2000s, seemed to believe that societal reform would eventually result – automatically – from economic growth.

In that belief, successive governments ignored demands for women and minorities rights to be recognised or traded them off for Catholic clergy support while pursuing geopolitical goals of joining NATO and the European Union. Both these aims were accomplished, in 1999 and 2004 respectively.

Contrary to the beliefs held by neoliberals, the unbelievable economic growth Poland enjoyed after 1989 has never translated to the expansion of human rights.

In fact, ever since the transformation, Polish society seemed to be constantly shifting to the right. Access to abortion became severely limited in 1993 and Poland froze on its path to equality: neither the gender pay gap, low levels of women participation in public life and the institutions demanded by LGBT+ communities, like civil partnerships or same-sex marriages (which in the 21st century became commonplace in Western countries) have been addressed, let alone introduced.

Furthermore, as Poland has a very weak network of civil society institutions alongside one of the highest rates of opposition to gender equality in the EU, the case for women’s rights is particularly fragile.

Although formally, women in Poland are equal to men, due to outdated ideas about women’s responsibilities since the introduction of the market economy in 1989, Polish women earn considerably less for the same work, endure disproportionately higher rates of underemployment and are far more often being driven into the shadow sector. Lack of recognition for the needs of women is visible in the weaknesses of public welfare systems, including childcare, schooling, social services and healthcare. Women are commonly expected to do more for less – taking care of not just themselves, but also providing for the family which traditional views place on women’s shoulders.

Modern life for women in Poland had been tough even before Law and Justice came into power in 2015. The global economic crisis of 2007-8 had a significant impact on the funding for non-governmental women’s groups. In 2009, NGOs were losing financing from corporations and individuals when the growth of GDP stalled for several years. In addition, previous governmental support – from both central and local authorities – evaporated as well. The Civic Initiatives Fund, a congress initiative that assists non-profit organisations, the budget was reduced by half – despite the fact the Fund stresses a neoliberal agenda (diverse administration, inequality, and entrepreneurship) and guided NGOs to the role of service providers. As the government withdraws from the social sector, it has landed in an awkward position of supplying critical resources to keep NGOs going. Ever since 2015, Poland’s nationalistic ruling Law and Justice party (PiS) supports “conservative social principles” in the home and have contradicted with their more modern liberal peers on issues such as women’s rights, LGBTQ rights, and migrant rights. Government-controlled funds are being withdrawn from all institutions which do not support the ruling party. Since 2014, Poland’s standing in the Democracy Index, published annually by The Economist Intelligence Unit, has dropped from 7.47 to 6.85 points, and as such Poland is currently described as a “flawed democracy”.

The COVID-19 pandemic has only worsened the situation further, with women, youth, public sector workers, and domestic abuse victims being among the categories disproportionately harmed as pre-existing inequities have worsened. It’s been a year since Poland’s Constitutional Tribunal declared that women can only request abortion in cases of rape and incest, or if the mother’s life is in danger. The verdict scrapped the legality of abortion in case of fetal defects, which until 2020 made up the vast majority of legal abortions in Poland. In 2021, women in Poland took to the streets after a 30-year-old Iza from Pszczyna died because a damaged pregnancy was not terminated on time. During the pandemic, Poland has also ignored international law in regard to migrants being forced through the border with Belarus.

Arguably, Poland’s current government is using women’s and minorities rights to create divisions and rally up its political standing. Effectively, since 2015 the ruling Law and Justice party has rejected the notion of progress which had characterised the Second Republic, often indicated as the embodiment of ideal Polish society by the same Law and Justice politicians who continue to dismantle democratic institutions and freedoms introduced after 1989. This lack of consistency seems to be characterising Poland’s political ambitions in recent years. 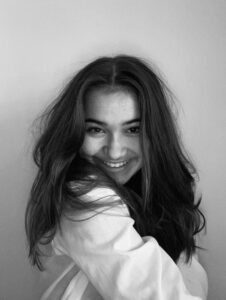 Born 2006 in Krosno, Poland, Aleksandra plans to major in political science in international relations with the ambition to acquire a degree in law. For Harbingers’ Magazine, she writes mostly about politics and social sciences with plans to contribute creative writing and poetry as well.