For equality’s sake, Paralympics and Olympics should be united 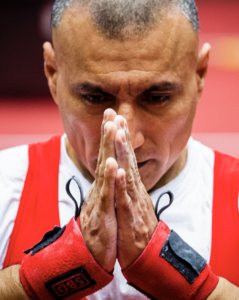 The Paralympics not only embodies athletic excellence - it also plays a crucial role in changing attitudes towards people with disabilities.

The Paralympic Games, which start today, are the very embodiment of athletic excellence. We are about to watch athletes who not only dominate their sporting fields, but do so despite having to overcome barriers most people are not even aware of.

Recognition ought to be given to athletes with disabilities, especially since their accomplishments often surpass those of athletes without disabilities. Take T13 1,500m runner Abdellatif Baka of Algeria as an example. He broke the Paralympic, Olympic and world records all at the same time. Or Trischa Zorn, a blind swimmer from the United States, who won forty-one Paralympic gold medals in her career – more than Olympic legend Michael Phelps.

Recent history shows that increasing access to the Paralympics can have a dramatic effect on society. In 2012 the organisers of Olympic and Paralympic Games in London made the effort to bring more attention to competing para-athletes. This resulted in a record high of 2.7 million tickets sold for  Paralympic events, with  the London 2012 Paralympics amassing a TV audience of over 3.8 billion. The long-lasting effects were nothing short of groundbreaking: in 2018, according to the Office of National Statistics (ONS), 3.85 million people with disabilities were employed in the United Kingdom, an increase of nearly one million from 2013.

Since 2012, Channel 4, one of Britain’s most-watched TV channels, has considered its wall-to-wall coverage of Paralympics to be one of the cornerstones of its communication with the public. Tokyo 2021 is not going to be any different: “We’re lucky, we can show everything. We’ll have 1,000 hours of Paralympics across 16 live streams,” said Peter Andrews, Channel 4 Head of Sport told i newspaper. “It means everything and anything that’s covered on the OBS live feed is available on Channel 4. You could sit and watch 17 and a half hours every day.”

This statement is in stark contrast with what I heard from Theresa Goh, a Singaporean bronze medalist from Rio, who recalled how the media “used to place athletes with disabilities in the home section. Now they are actually placing us in the sports section. It seems so simple now, but it was the way they did it in the past. Nobody really thought too much about it or they could not really say anything about it.”

We are progressing towards change, but the disparity between the treatment of people with disabilities and those without them is stark. Up till this day, most nations have little to no infrastructure for supporting aspiring athletes with disabilities. Growing up in Singapore, a prosperous island nation with vast economic resources, I have had the privilege of swimming competitively from the age of seven, including the opportunity to train with a reputable club and represent my school in an array of competitions. My peers with disabilities, however, have fewer opportunities despite having the same drive, passion and talent for the sport: many swim clubs do not even provide a basic swim programme for swimmers with disabilities, let alone host competitions accommodating them.

The Paralympics has done a lot of good, allowing para-athletes to gain recognition, and making a case for the inclusion in sport of all people with disabilities. It is now time to consider unifying the Paralympics with the Olympic Games.

Many sporting organisations are already beginning not to separate para-sports from other sports. The world’s oldest tennis tournament, Wimbledon, has six wheelchair competition events which are not run or televised separately – events for athletes with disabilities and without disabilities are held within the same organisational framework.

Furthermore, holding an independent, multi-sport event for people with disabilities is inherently discriminatory. Although it is hard to imagine, there was a time when women were not included in the Olympics, but we do not hold separate games for male and female athletes in 2021. Instead, throughout the 20th century, women in sports faced an immense amount of prejudice, with their presence restricted to events society regarded as ‘feminine’ enough. As time progressed, women were gradually able to compete in more sports. In some, such as horse riding events, they compete with men and at the most recent 2020 Tokyo games, the world witnessed history being made as the International Olympic Committee (IOC) introduced the mixed-gender events.

Not only was the display of mixed-gender events a massive step forward for gender equality, it also powerfully demonstrated how sports organisations and events could better accommodate athletes with disabilities. Merging events for athletes of all abilities will result in greater equality and opportunity across society.

‘I was thinking: do I have to quit swimming and find a job?’

Rio 2016 bronze medalist in swimming Theresa Goh on her journey, inconsistency in rewarding champions – and the freedom she discovered in the pool.

Combining the Paralympics and Olympics would not happen overnight, as such a merger poses huge logistical challenges, including the staging of a longer event on the whole. However, the outcome of this decision would lead to less discrimination through better media coverage and financing of Paralympic events.

Furthermore, despite the athlete groups’ competing separately, the harmonious interaction of athletes with and without disabilities would offer the general public an example of how we can be a more inclusive society. Paralympians would consequently gain more worldwide recognition, since spectators would watch people of all backgrounds competing at the same time.

For now, one way we can actively take steps towards raising awareness for athletes with disabilities is making an effort to refer to the Paralympics whenever the Olympics is brought up in conversation. By doing so, we emphasise how all athletes are of equal importance and participate in shifting societal attitudes for the better. 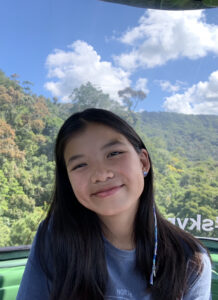 Born in 2006 in Singapore, Jinn currently studies in the United Kingdom. She speaks English, Mandarin and is currently learning Spanish as well as Latin. Some of her interests include History, Social Justice and Culture Studies.