Entertaining and engaging, yet with a moral dilemma. The Cheese and the Worms review 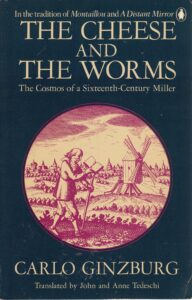 The Cheese and the Worms, English edition cover

You may rightfully be thinking, "Cheese? Worms? Millers? Sixteenth-century? That is drastically far from my regular sphere of interest".

I also have little interest in the Fruili region of Italy, especially in the 1500s – yet this book had me hooked from the very first page.

The Cheese and The Worms: The Cosmos of a Sixteenth-Century Miller is one of the most popular and influential ‘micro-history’ books. It is a genre in which a very precise event/person is described in extensive detail set in its context to link it to broader narratives and, as such, get an overall feel for society at the time.

First published in 1976 by Carlo Ginzburg, the book tells the story of a miller named Menochchio, whose anecdote emerged from the Inquisitorial documents housed in the Friulian region of Italy.

His trials, in which he was condemned for heresy, tell the story of an ordinary man who by very modern and contemporary standards had extraordinary and unique ideas about religion and the cosmos.

Furthermore, Menocchio proves to be a fascinating and charismatic character, who fearlessly and confidently deviates from the established norms through his ‘heresies’ and beliefs.

The events of his trial show a puzzling worldview, all together arguing that two events helped shape the modern world: the printing revolution and the reformation

The Cheese and the Worms: The Cosmos of a Sixteenth-Century Miller

As such, Ginzburg asserts that Menocchio gained his unique worldview from a mixture of oral and written culture. The author emphasizes, however, that Menocchio’s beliefs are rarely traced back to a particular source, as the miller had imposed a peculiar filter between himself and the text, resulting in him interpreting what he read in his own extraordinary way.

Despite the book’s entertaining and engaging nature, there is a central challenge and moral dilemma to the tale of Menocchio: it is difficult to discern where the oral tradition ends, and the written text begins.

Throughout the story, we learn that Menocchio has been in possession of a myriad of books that were given to him through a connection to others; this then leads Ginzburg to question what this tells us about small rural villages as communities of readers – and whether this reflects on his wider surrounding society as well.

Though I am not a micro-history expert or a sixteenth-century enthusiast, The Cheese and The Worms has most certainly sparked my interest in micro-history and provoked me to question various new issues and topics: How and by whom was our world created? Was Jesus God himself? Can one person’s anecdote reflect on a wider community? What is the significance of the printing revolution? 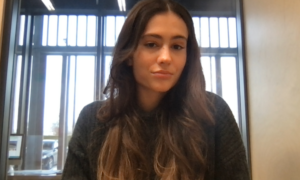 Born in 2006 in Warsaw, Poland, Marsi Hadjieva is a high school student interested in social sciences, economy, biology and environment-related issues. For Harbingers’ Magazine, she writes about variety of topics covering the realm of social sciences. Marsi speaks fluent English, Polish and Bulgarian (she holds a Bulgarian citizenship) and has an advanced command in Spanish.