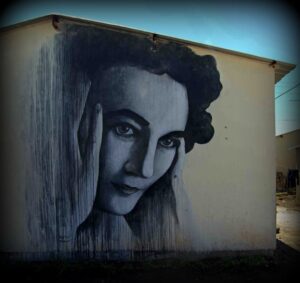 A mural of Ruth First, a Jewish-South African anti-apartheid activist.

Art of humanity. Why Lithuanian Jews took part in the fight against apartheid in South Africa

In 1940, as Lithuanian Jews watched the darkness of the Holocaust sweep through Europe, civilians at the Kaunas Railway Station witnessed humanity in action.

Chiune Sugihara, the Vice-Consul of Japan in Kaunas, was leaning out the train window, throwing his last safe passage visas to Jewish refugees. During the several months prior, Sugihara had desperately spent over 18 hours a day issuing over a thousand Japanese transit visas, defying his government at home.

His dedication saved up to 6,000 lives – and up to 100,000 of the descendants of those saved lives around the world today. 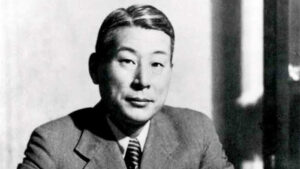 When I visited the Sugihara Consulate House in Kaunas, a question came to my mind. As they narrowly escape death, often through the sacrifices of heroic figures, what role do persecuted diasporas play in their new homes?

The Lithuanian Jews – or Litvaks – of South Africa provide a captivating insight. More than 90 per cent of Jews in South Africa are Litvak. The first group of the South African Jews emerged at the end of the nineteenth century, following anxiety surrounding pogroms in the Russian empire. Later, the rise of fascism in Europe lead to yet another group migrating to AS. Yet, the place they arrived was facing its own battle with discrimination: the apartheid.

Apartheid was a political regime which created segregationist policies against Black South Africans after 1948. It forced Black South Africans to migrate but also prohibited sexual relations between black and white people, as well as prevented black people from being able to pursue business opportunities.

The arrival of European Jews created an unlikely challenge to this institutionalised racism. On one hand side, Jews were racially classified as “white” and because of that were in position to become the beneficiaries of the apartheid system in South Africa. On the other, the memory of rampant anti-Semitism in Europe proved to have a powerful effect on political activity when Jews moving to South Africa witnessed Black people being suppressed under the apartheid: despite not having a direct interest in the change, the Litvak Jews played an important role in the anti-apartheid movement led by Nelson Mandela; this struggle finally brought the regime down in 1994.

Joe Slovo, born in 1926 in Lithuania, he became a long-time leader of the South African Communist Party and a leading member of the African National Congress (ANC) and the military wing of the organisation, Umkhonto weSizwe. Banned from attending political gatherings, he was imprisoned, had to seek exile for many decades and was blamed by the regime for the assassination of his wife. He strived for a democratic state: through the promotion of democratic elections, free speech and rights as well as promising full trade union rights the workers. Finally, he took part in the negotiations ending apartheid, during which he brought the pivotal “sunset clauses” to the table. He died in 1994,  very soon after the apartheid finally collapsed.

In 1982, a parcel bomb developed by South African police exploded in Mozambique, killing a prominent anti-apartheid activist, journalist and scholar, Ruth First. Born in 1925 in Johannesburg, First was a daughter of a Jewish couple who fled Lithuania. In mid-1940s, she grew to prominence in the South African Communist Party (SACP). In 1963, she was held in isolation without charge for 117 days under the Ninety-Day Detention Law. She was the first white woman to be detained under this law. Since 1964 she lived in exile. 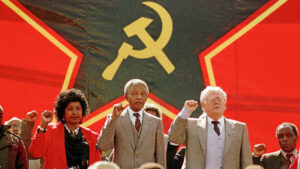 While visiting William Kentridge’s exhibition at the Čiurlionis Museum in Kaunas (part of the European Capital of Culture 2022 art festival), I witnessed another person who was deeply troubled by the persecution endured by Black people in South Africa under apartheid. Kentridge, a South African artist of Lithuanian-Jewish descent, in his art explored the issue of the function of memory of survivors. “Every encounter with the world is a mixture of that which the world brings to us and what we project onto it. The tree is never just itself,” he stated.

His art allowed me to comprehend the unique perspective of Litvak Jews and understand their sincere will to fight against suppression of another group, as they have undergone a similar set of experiences in their own countries of origin – the artist’s works, in a way, are examining the emotion that the Litvak community brought to the depressing setting of South Africa, and the process which transformed these emotions into a devotion to put an end to a regime that created torturing memories of oppression in another group; effectively, Kentridge in his work explores the layered trauma.

Standing at the Ninth Forth in Kaunas, now a museum run by an independent Lithuanian state, a member of the European Union, I remembered one of Kentridge’s statements: “Your days will become years, your years will become places, but no place will resist destruction”. It reminded me that during the Nazi occupation, the fort was one of the places of execution of Lithuanian Jews. 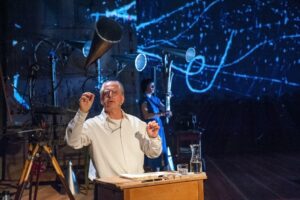 A distinctive artist Marina Abramovic aimes to be a “mirror” to her crowd of visitors at a performance Memory of Being. There, I explored myself in a way I have not been provoked into before. Abramovic’s set of performances is described as “a story for us about us, about our inner being and being with others”. Strengthened sensitivity of emotion performed through each piece shows the humanity that was lost through tragic events – in her case, it was the war in Kosovo.

I perceive her art to be exaggerated, yet the aim is to provoke an effect in the audience. To make those present react in human ways, which are often concealed, and to make them earn it without judging. In one of her pieces: The Artist Is Present (2010), the person acknowledges the other’s BEING, to find calm in their resemblance.

The help of the Litvak Jews was exactly that – noticing the others’ BEING, and this is what the Litvaks are to this day thanked for. They had little to gain from their participation in the struggled of the Black South Africans against apartheid rule, yet the put in the effort. 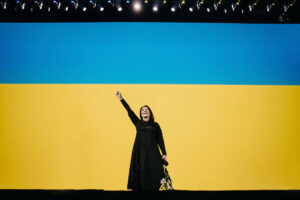 This positive effect from the diaspora is not achieved on its own, it is a result of difficult decisions taken by people of values. Without Sugihara, a Japanese consul in Kaunas, far less Lithuanian Jews would be able to arrive in South Africa.

Once kindness becames prevalent it appears to be spreading. Human relations develop as we experience the inevitability of life – whether it is peace or war, core human values remain the same. A formation of a crystal – I think of an artwork I saw in Kaunas, depicting the bonding of ions and atoms which make the crystal grow – is parallel to how human relations develop.

This story is the same: the crystal of decency grew as people employed their experiences to put a stop to the suffering. 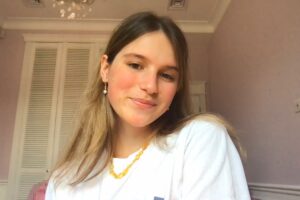 Born in 2005 in Kyiv, Ukraine, Sophie studies in the United Kingdom and plans to study international relations. For Harbingers’ Magazine, she writes about arts and politics, focusing on history, foreign affairs and the war in Ukraine. Sophie speaks Ukrainian, Lithuanian, Russian, French and English.