A thought-provoking experience. For better or worse. How to Blow Up a Pipeline review 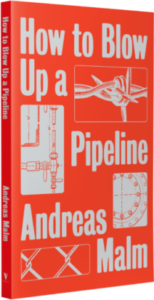 How to Blow Up a Pipeline

Every political and social change begins with a group of people voicing a need for reform.

This inevitably invites the question of the extent to which the following unrest is allowed to disrupt or destroy existing institutions. While violent revolutions of the previous centuries could be perceived as constituting one pole of the spectrum, climate change protests are generally very well-received and well-liked by the public, considered an exemplar of civil disobedience.

Though most people are quietly satisfied with its nonviolent efforts, others criticise the meekness of the movement and argue its primary strategies are inadequate in the context of the rapidly growing emergency of planetary devastation.

How to Blow Up a Pipeline: Learning to Fight in a World on Fire

In his 2021 book How to Blow Up a Pipeline, Andreas Malm, a leading Swedish climate activist since the 1990s, condemns the nonviolent methods mobilised in the climate movement by claiming they only promote passivity—instead, offering us a historical argument, Malm persuasively argues for a more aggressive and confrontational approach.

As he correctly observes, this argument is not entirely new. In a 2007 essay published in The London Review of Books, John Lanchester observed an absence of terrorism – which he considered “the modern world’s most effective form of political action” – in the climate movement. Malm draws from this controversial approach to coin a “Lanchester’s paradox”, a notion representing the failure of climate activists who, in pursuit of peaceful, inept tactics, have masked their inaction with a semblance of industrious and morally-centred effort—and have done so, despite the urgency of the crisis, the accessibility of targets across capitalist societies, and the potency such tactics have shown to reduce emissions-intense infrastructure.

The strongest point of Malm’s book is the observation that “strategic pacifism”, in which violence is always condemned as ineffectual and destructive of democracy except when used in pursuit of progressive change, peddles a selective reading of history.

The abolishment of slavery in the US, for example, was only accomplished after a brutal civil war; neither is the civil rights movement a paragon for the merits of civil disobedience. Rather, Malm argues its success was contingent on the violence that erupted in 1963, laying the grounds for MLK, from his cell in Birmingham, to propose a self-evident ultimatum: either Kennedy fulfilled the movement’s demanded concessions, or “the streets of the South would be flowing with floods of blood”.

In other words, Malm surmises “the civil rights movement won the Act of 1964 because it had a radical flank that made it appear as a lesser evil in the eyes of state power”. 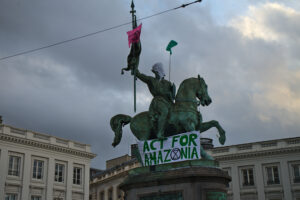 This sanitisation of history has become characteristic of the climate movement and pacifist tradition, in which tactical, yet morally tainted, methods have been replaced by historical precedents of nonviolence.

Historical amnesia and the appropriation of history are essential in the philosophy of those that denounce all violence (which, for theorists of “strategic pacifism” covers not only acts against people, but the destruction of property) as inherently unethical and counterproductive—despite the moral repugnancy of innocent victims bearing ramifications of a phenomenon they have barely contributed to.

In fact, Malm distinguishes between subsistence versus luxurious forms of consumption, the latter of which has significantly expedited the environmental crisis. However, those that suffer most from natural disasters generated by excessive carbon emissions—Malm, for example, cites a 2017 hurricane in Dominica—are often responsible for minimal levels of fossil fuel combustion, while elsewhere the owners of private planes and SUVs, which are mere indulgences for the wealthy to revel in their rank, are rarely similarly threatened with environmental storms produced by global warming.

Malm, a self-proclaimed “ecological Leninist”, argues that the power of the state must be used to reverse the transition towards ecological devastation and threaten the structures of fossil capital.

In his view, just as no abolitionist was considering “reducing slavery by 40 percent or 60 percent”, our present-day goals should strive for the complete elimination of carbon emissions. In fact, there is something overly convenient about ideas of a unanimous effort—a war in which ‘good’ social democracy will inevitably prevail over ‘evil’. Thus, we must revitalise the lineage of revolutionary politics through the use of offensive (or defensive) physical force, and in doing so, galvanise a campaign of sabotage and property destruction.

In the final chapters of the book, Malm advises us “it is better to die on your feet than to live on your knees — better to blow up a pipeline than to burn impassively.” With this, Malm opens a debate that has been for too long pushed aside. As we speak, climate emergency ceases to be an abstract issue depicted on charts and graphs as recent wildfires and hurricanes adduce its urgency.

Though procrastination may be a natural reaction to unrealised danger, when the limbo is finally over, those in power may suddenly discover people will no longer sit on their hands. Indeed, we must blow up some pipelines—whether for protection or sacrifice, only time will tell. 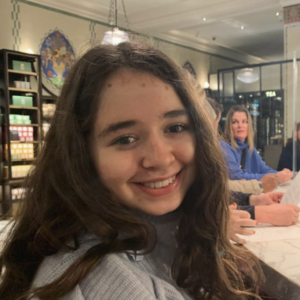