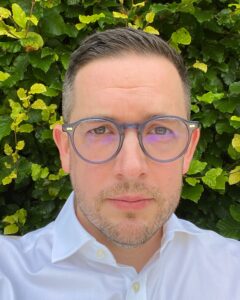 Stanisław Skarżyński (1984) is an Oxford-based Polish journalist and sociologist. He co-founded harbingers’ magazine and is the head tutor of its Politics & Society section.

His path in journalism begun in 2007, with an internship at TVN television. He then paid his dues working for six years a junior producer of a morning political interview show and a personal assistant to Monika Olejnik. In 2016, he was the co-founder and deputy editor-in-chief at OKO.press – there, together with Konrad Radecki-Mikulicz, he received the Grand Press 2016 prize in news category, which was awarded for a series of articles exposing illegal nominations in Poland’s Ministry of Defence. He returned the prize in 2020, protesting against short-listing a transphobic interview in one of subsequent editions.

Since 2014, Stanisław held a number of editorial and journalistic roles at Gazeta Wyborcza, Poland’s largest legacy-type newspaper — and after moving to the United Kingdom in 2019, he assumed the role of Wyborcza‘s UK & Ireland correspondent.

In his other line of work, since 2014 Stanisław is a tutor specialising in journalism, sociology, history, philosophy, literature, development of writing skills and lost causes.